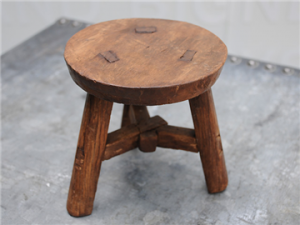 Preach the word; be instant in season, out of season; reprove, rebuke, exhort with all longsuffering and doctrine.12Ti 4:2 AV

My father was raised on a farm.  Although he excelled as an executive, he wanted his children to grow up on a farm because farm life taught him how to work hard and be a man of integrity.  I was about 10 years old when my parents purchased a small farm.  I’d call it a gentleman’s farm because my father not only worked the farm but continued as an executive during the day.  We had 2-3 horses, 9-12 cows, a couple of pigs, lots and lots of chickens, a few rabbits, a goat, an enormous garden and multiple fruit trees.  As you might imagine, there are many experiences that are unique to growing up on a farm, one in particular I’d like to share.

Milking a cow can be fun at times and the milk is oh, so good, but it remains hard work.  We didn’t have milk cows, probably because the burden would have been too great with my father working all day in the corporate world and more importantly you can never take a day off when milking.  We did have seasons, over the years, that we ended up milking when a cow lost a calf.

It’s difficult to milk a cow that’s not a milk cow per say; you see we always had to milk a cow that really wasn’t that tame. My understanding is that milk cows learn to come to the barn, willingly stand there and for the most part don’t mind being milked.  Our challenge started by just getting the one cow we wanted into the barn.  This was sometimes a family event, because cows are really good at follow the leader; to get just one cow in the barn can be difficult .  Once in the barn we would tie up the front of the cow and my siblings and I’d attempt to hold the mid part of the cow against the stall wall while dad carefully milked, dodging repeated kicks and a constantly flicking tail.  It was an experience that, over time, became less eventful however,  we never enjoyed the relaxed milking experience dad spoke of as a boy.  We couldn’t milk into a bucket if we wanted to keep any of the milk and we certainly couldn’t use a stool unless we wanted to be forcefully removed from it.  It was a challenge that we faced twice a day for months at a time.  Looking back on it, I think dad really enjoyed the experience with us.  Eventually Dad taught me how to milk but for the most part I held the cow.

As I said we didn’t milk with a stool or into a bucket instead, we crouched down to stay mobile and milked into a 2 quart plastic pitcher.  There was one occasion that I shall never forget and I suspect my friend never will either.  He was helping me to hold the cow when, unexpectedly, the cow kicked the pitcher and coated my friend with nearly 2 quarts of thick, warm, creamy milk.  The event played out so smoothly it appeared as if my dad had done it purposefully!  We were stunned; I’ll never forget the sight of my friend standing there with milk dripping off of him, wondering what just happened.

I couldn’t help but think, “Reprove, rebuke, and exhort are joined in the verse above, like a three legged milking stool”.  Although I never used a milking stool my father told me that the three legs of a milking stool make it stable on any surface.  If you’ve ever sat at a table in a dinner with an uneven floor or used a camera tripod you probably have some idea what I’m talking about.  With that in mind, it begs the question, “Can one leg be used effectively with out the others?”

Perhaps that’s not the right question because we effectively milked the cow and many photographers use a mono-pod or nothing at all.  I believe if we could have milked with a stool it would have been more relaxed.  We’ve all seen a photographic image that’s  blurry however, with a tripod you can get very detailed images.  In fact, time-lapse photography can condense normally un-observable events into a powerful presentation.  How can reproof, rebuke and exhortation  be combined to best present the gospel?

Let’s dig into the verse; I pray the you will be enriched and edified in the process.  I pray that truth will continually set you free.

Know the word so well that you’re always ready,  be INSTANT in season (don’t hesitate when opportunity occurs) and out of season (make opportunity) to LOVINGLY share the truth. (reprove, rebuke, and exhort)

Lets break it down into bite size chucks:

the word:  of the moral precepts given by God4Ro 6:23 AV  For the wages of sin is death; but the gift of God is eternal life through Jesus Christ our Lord.

reprove:  by conviction to bring to the light, to expose, to call to account, show one his fault

rebuke:  to show honor to, to honor; to raise the price of; to adjudge, award, in the sense of merited penalty; to tax with fault, rate, chide, rebuke, reprove, censure severely; to admonish or charge sharply5Mt 5:21-22a NIV  “You have heard that it was said to the people long ago, ‘Do not murder, and anyone who murders will be subject to judgment.’  But I tell you that anyone who is angry with his brother will be subject to judgment.  6Mt 5:27-28 NIV  “You have heard that it was said, ‘Do not commit adultery.’  But I tell you that anyone who looks at a woman lustfully has already committed adultery with her in his heart.  7Mt 5:38-45 NIV  “You have heard that it was said, ‘Eye for eye, and tooth for tooth.’  But I tell you, Do not resist an evil person. If someone strikes you on the right cheek, turn to him the other also.  And if someone wants to sue you and take your tunic, let him have your cloak as well.  If someone forces you to go one mile, go with him two miles.  Give to the one who asks you, and do not turn away from the one who wants to borrow from you.  “You have heard that it was said, ‘Love your neighbour and hate your enemy.’  But I tell you: Love your enemies and pray for those who persecute you, that you may be sons of your Father in heaven. He causes his sun to rise on the evil and the good, and sends rain on the righteous and the unrighteous.

exhort:  to console, to encourage and strengthen by consolation, to comfort82Co 1:3-5 NIV  Praise be to the God and Father of our Lord Jesus Christ, the Father of compassion and the God of all comfort, who comforts us in all our troubles, so that we can comfort those in any trouble with the comfort we ourselves have received from God.  For just as the sufferings of Christ flow over into our lives, so also through Christ our comfort overflows.

commission: “permission and power” The act of granting certain powers or the authority to carry out a particular task or duty. The authority so granted. The matter or task so authorized.

with all doctrine:  to speak in the way of teaching, in distinction from other modes of speaking in public –be ready to teach without giving up