Where can someone who continually rejects God spend an eternity away from Him, a place with no reminders, especially a lingering smell of Him?

If you dislike someone, they are the last person you want around, in fact you probably don’t even want things that remind you of them around.  Could it be the same when someone rejects God; is that why there are people who get upset at the mention of his name? 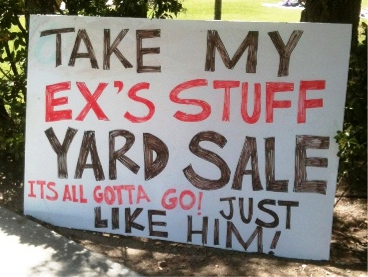 When I was in my mid 20’s I lived with my brother in a less than desirable part of town.  On morning he woke be up asking where I parked my car, I replied, “Right out front, why?”  He said, “It’s not there” and I responded with, “Well, someone must have stolen it” and I went back to sleep.  It had been stolen, the window glass confirmed it however, I had to stand in the place where my car was parked for the reality to sink in.  Less than a week later I got a call from the Police to tell me they recovered my car.  Of course all my stuff was gone and it was clear by the things left in the car, that the person was using my car as a daily driver.  After I paid for the impound, I gave all the thief’s belongings to the police and drove my car home.  The problem was, it wasn’t my car anymore, it smelled like the person who had been driving it; every time I got into the car I was reminded of the thief who stole it.  The smell lingered for a long time however, once it faded so did the memory.  I was glad the smell was gone so I could get on with my life.

Perhaps hell is simply a place without God.  Perhaps hell is such a place that there is not a smell or even the smallest reminder of God.  Would a loving God send someone who rejects Him to such a place or does God love so much that He honors our choice, even if we choose to exclude Him?

Love is patient, love is kind.  It does not envy, it does not boast, it is not proud.  It is not rude, it is not self-seeking, it is not easily angered, it keeps no record of wrongs.  Love does not delight in evil but rejoices with the truth.  It always protects, always trusts, always hopes, always perseveres.  Love never fails.11Co 13:4-8a NIV

Imagine a place with absolutely no patience, fully lacking in kindness and teaming with envious, boastful, proud people.  Imagine everyone in this place is like a powder keg, ready and waiting to explode in uncontrolled anger; people filled with rage, who could care less about anyone in their blast zone, in fact, the greater the blast zone the better!  In this place, everyone’s mistakes would be the topic of discussion such that people never forget, in fact, there would be great delight in reminding others how evil they are.  In such a place, evil would be elevated to the point that everyone is trying to out do everyone else; there is no room for truth in such a place, people would revel in the evil they wish they had done and strive to do even more.  In such a place, that lacks all protection, there would be absolutely no one to trust, all hope would be lost, people would easily give into evil, spawning eternal failure.  Of course, there would be weeping and gnashing of teeth in such a place because the comforter has been barred from entering through rejection.  Those confined to such a place would loathe the fact that they were created in the image of God, perhaps they would willingly stoke the fire, trying to somehow burn away the eternal reminder of a loving creator.  What would you call such a place, if not “Hell”?

Does God love so much that He honors our choice, even if we choose to exclude Him?

“The wicked in this world were often called to come to Christ for life and rest, but they turned from his calls; and justly are those sentenced to depart from Christ, who would not come to him.  Condemned sinners will in vain offer excuses.  The punishment of the wicked will be an everlasting punishment; their state cannot be altered.  So life and death, good and evil, the blessing and the curse, are set before us, so that we may choose our way, and as our way is so shall our end be.” Matthew Henry